Redlands is a city in the United States located in the southwestern part of San Bernardino County, California. In the 18th century, after the arrival of the first settlers, the territory of today's Redlands was included in the San Bernardino Ranch. Although settlement began in 1865, its intensification took place after constructing a railway linking southern California with San Francisco.

Redlands is located in the Los Angeles metropolitan area and the Inland Empire region, approximately 103 km east of Los Angeles and about 16 km southeast of the county's capital city of San Bernardino. Interstate 10 runs through the town. Los Angeles International Airport is an hour's drive away.

Several colleges are in Redlands, including the University of Redlands, and Redlands Unified School District manages the well-funded primary education.

The San Bernardino County Museum, Museum of Redlands, Fox Event Center, The Lincoln Memorial Shrine, A. K. Smiley Public Library, Pharaoh's Adventure Park, and The Grove Redlands are among the numerous cultural and entertainment attractions. There are also over 24 parks, which together take up over 143 acres of space.

Take a look at some of our listings in this area 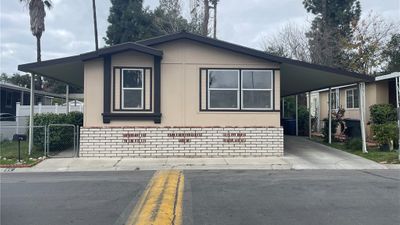 Please remove some of the selected filters.
1 2 3 … 43
The real estate listing information is provided by California Regional MLS, Inc. and/or CARETS® for the consumer’s personal, non-commercial use and may not be used for any purpose other than to identify prospective properties consumer may be interested in purchasing or leasing. Any information relating to a property referenced on this web site comes from the Internet Data Exchange (IDX) program of the California Regional MLS, Inc. and/or CARETS®. This web site may reference real estate listing(s) held by a brokerage firm other than the broker and/or agent who owns the web site. Information is deemed reliable but not guaranteed, and consumer is responsible for verifying the accuracy of all information. Copyright © California Regional MLS, Inc. and/or CARETS®. All Rights Reserved. Updated: 1st February, 2023 11:25 AM (UTC)

For ADA assistance, please email compliance@placester.com. If you experience difficulty in accessing any part of this website, email us, and we will work with you to provide the information you seek through an alternate communication method.
SHILOH
"To whom it belongs"

Sign Up
Already a User? Sign In
You have been successfully registered
Please check your email.
Go to the homepage
Sorry something went wrong
Please try again.
Try again